How to beat your OWI, DUI, drunk driving case

What strategies do we use to successfully defend drunk driving charges?

At Van Severen Law Office we focus on defending individuals accused of committing drunk driving and criminal offenses.  While every case is different, in order to beat an OWI charge in Wisconsin, there are certain common issues we look for.  If you’re looking to hire a top DUI attorney in Wisconsin, contact Van Severen Law Office at (414) 270-0202.  Moreover, we offer free consultations to potential clients.  And upon retaining our firm, we can begin fighting your drunk driving case.

Operating a motor vehicle while under the influence of an intoxicant or other drug is prohibited by section 346.63 of the Wisconsin Statutes.  That law makes clear that “No person may drive or operate a vehicle while” any of the following occur:

Driving and operating are requirements for this charge to occur.  “‘Drive‘ means the exercise of physical control over the speed and direction of a motor vehicle while it is in motion.” Wis. Stat. sec. 346.63(3)(a).  “‘Operate‘ means the physical manipulation or activation of any of the controls of a motor vehicle necessary to put it in motion.”  Wis. Stat. sec. 346.63(3)(b).

In short, if you didn’t drive or operate the motor vehicle, you haven’t committed OWI.  In more plain terms, you can’t drunk drive unless you’re driving.

Frequently OWI and DUI charges occur after the accused has been involved in a car accident.  In one recently incident our drunk driving attorneys worked on, the defendant simply ran out of gas.  On another case, a motor vehicle was left running while the driver and occupant were throwing up.  With all of these cases, prosecutors must show that the defendant was actually operating the vehicle.  Basically, if they can’t show you were driving, they can’t prove the case against you.

2.  The cops didn’t have probable cause to stop me.

Police need a reason to stop your vehicle.  That reason can be based on probable cause that a crime is occurring, or reasonable suspicion to believe that the individual may be involved in the commission of a crime.  Before we get into how those concepts will impact your case, it’s helpful to explain them:

Probable cause vs. reasonable suspicion

What happens when the cops lack probable cause or reasonable suspicion to stop you?

To summarize, if the cops can’t stop you, they can’t know that you were driving under the influence of an intoxicant.  In short, if the stop of your vehicle was illegal, the rest of the evidence against you will likely also be suppressed.  Obviously every drunk driving case is different, so every drunk driving case will have a different argument, and resulting conclusion. 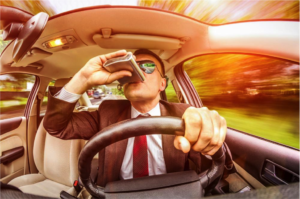 We’d all like to believe that police officers consistently tell the truth.  Unfortunately, as drunk driving defense attorneys, we’re intimately familiar with the inclination of law enforcement to lie.  We’ve encountered lying police regarding the following issues:

Not all lies will render you a dismissal or a not guilty verdict.  Sometimes, however, they’ll lead us to potential motions to suppress evidence.  In other cases, the lies of law enforcement may be enough to convince a jury that you’re not guilty.

The OWI attorneys at Van Severen Law Office specialize in defending individuals facing drunk driving and criminal charges.  If you’ve been charged with any criminal, DUI, or OWI charge, contact us for a free consultation.  After evaluating your case we can begin building a strategy to successfully defend you and beat your OWI case.  Lastly, we answer phone calls 24/7.  In short, contact Van Severen Law Office at (414) 270-0202 now.