Understanding the penalty net for a DUI offense in Wisconsin

The State of Wisconsin strictly prohibits driving under the influence of alcohol or drugs. This is evidently clear from the strict laws and penalties for DUI offenses in Wisconsin. The prohibition includes anyone who operates or drives a vehicle: 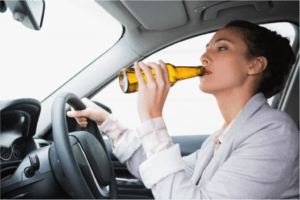 Penalties for a DUI Offense in Wisconsin

In the spring of 2016, the Senate Bill 455 was signed by Governor Walker into law. This bill laid down stricter laws of operating a vehicle while intoxicated and proposed severe penalties for repeat drunk driving convictions. The penalties were put into effect in January 2017.

In Wisconsin, the minimum and maximum OWI conviction penalties have been established, based upon prior offenses within the last 10 years or within a lifetime for third offenses.

Although the final penalties are decided by the judge, based on the limits and circumstance of the offense, we’ll provide you an overview of what they are likely to be. Let’s take a closer look at what these penalties are and how they can affect your record:

In Wisconsin, the first offense OWI (Operating While Intoxicated) /DUI (Driving under Influence) is not considered or charged as a crime unless and until there is an injury or a minor is in the car. However, that doesn’t mean that a first offense OWI should be treated lightly and has no serious consequences. In fact, it is believed that a first-time DUI offence results in more significant penalties in Wisconsin than in any other state.

First-time offenders typically don’t have to serve jail time. However, this can change if you happen to be driving drunk with a passenger who is a minor or less than 16 years of age. In such a situation, you may end up serving up to six months in jail. Furthermore, jail time is also required if you injure someone. This may vary, depending on the situation and injuries incurred by the victim.

Other penalties for a DUI offense in Wisconsin for first-time offenders include driver’s license being revoked for about six to nine months. Also, if you have a BAC of 0.15 and higher, then you will have to get your vehicle equipped with an ignition interlock device. You will have to bear the expense on your own.

Also, if you wish to apply for an occupational license after facing a first offense OWI penalty, you can do so but you will have to give an alcohol assessment and may end up getting 6 demerit points on your license.

The penalties and punishments for a second DUI offense in Wisconsin include:

Apart from these penalties, you won’t be able to apply for an occupational license (in case you want to) until 45 days after your conviction. Furthermore, you will also have to appear for an alcohol assessment test and face six demerit points on your occupational license.

If you are a third-time offender, then you will have to face harsher penalties than before. These include:

If you’re convicted the fourth time, then the penalty net for a DUI offense in Wisconsin will be:

Other penalties are similar to second and third offenses, which include an alcohol assessment, six demerit points on your license and you can’t apply for a hardship license for 45 days.

The penalties for fifth and sixth OWI offenses in Wisconsin are the same. These include:

The penalties are in line for seventh, eighth and ninth DUI offenses in Wisconsin. These include the following:

However, at the tenth time, you will have to face a prison term of 15 years with a 4 years minimum and 10 years maximum initial confinement period.

OWI Penalty in case of an Injury

If you were driving drunk and you caused an injury to another person, but with no prior offense and you don’t refuse chemical testing, then you will have to face a fine of up to 2000 dollars and a year in jail. Your license shall also be revoked for 2 years.

But if you caused an injury, have a prior offense and you also refuse to take the chemical test, then you will have to face a fine of $10,000 and six years in prison with other penalties. These penalties are likely to increase if there were minors in the car.

If you have been arrested for a DUI offense in Wisconsin, then consider hiring a lawyer for case representation. A lawyer can help lessen the penalty charges.